To quote the great Frank the Tank from Old School, “We’re going streaking!” Although Frank had another idea, stocks have been streaking in some historic ways, both near-term and longer-term.

Let’s start with the more recent action. The S&P 500 Index was recently higher seven consecutive days for the first time since last August, but even more impressive is it made new highs all seven of those days. You have to go back to June 1997 to find the last time we saw a streak like that! Incredibly, this has happened only eight other times since 1950 and stocks were higher a year later every single time.

Stocks have also streaked to monthly gains for five consecutive months. “Although a five month win streak for the S&P 500 feels like a lot,” explained LPL Financial Chief Market Strategist Ryan Detrick, “a year later stocks were higher 25 out of 26 times after such long monthly win streaks. So the real strength could only be beginning.”

As shown in the LPL Chart of the Day, five month win streaks tend to be followed by strong performance over the next 12 months. 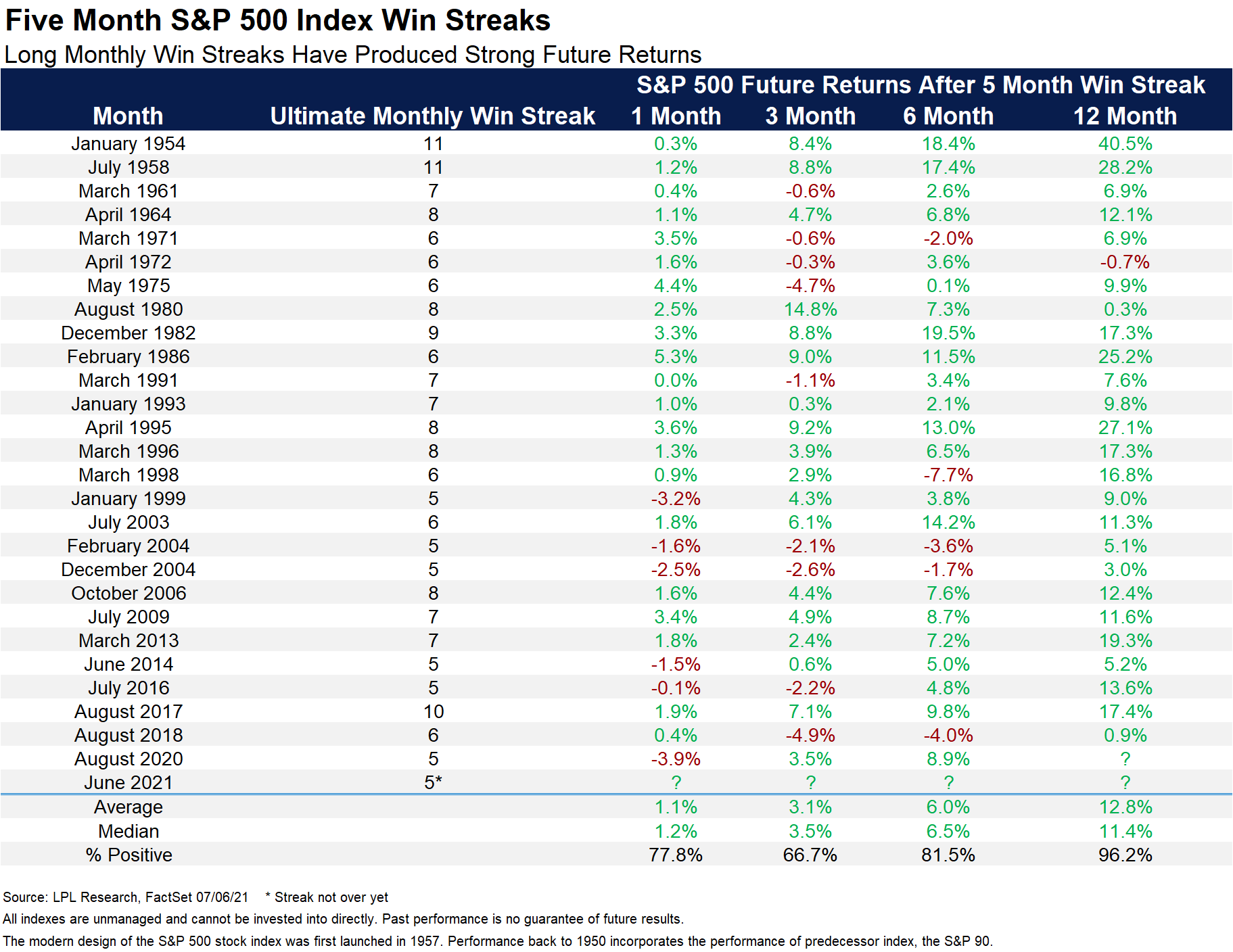 Lastly, the S&P 500 has streaked to five consecutive quarterly gains. Some more color on this:

There is no doubt that stocks have put up some amazing streaks lately and history would suggest the path of least resistance remains higher. We listed some potential near-term worries in Three Things That Worry Us, but bigger picture going out a year or so, this bull market looks alive and well and these recent streaks do little to change that.

References to markets, asset classes, and sectors are generally regarding the corresponding market index. Indexes are unmanaged statistical composites and cannot be invested into directly. Index performance is not indicative of the performance of any investment and do not reflect fees, expenses, or sales charges. All performance referenced is historical and is no guarantee of future results.

All index and market data from FactSet and MarketWatch.

This Research material was prepared by LPL Financial, LLC.